The withdrawal from Gaza: a failed concession for peace

The results of the "land for peace" paradigm are, from an Israeli point of view, decidedly mixed.

It’s an article of faith amongst Israel’s numerous critics that peace with the Palestinians would be guaranteed if only the country ended its presence in the rest of the territories taken in the Six Day War in 1967. That is presumed to be the only obstacle to resolution of the Israel-Palestine issue and, of course, the corollary to this viewpoint is that the lack of a peaceful settlement is all Israel’s fault.

Those who hold such a perspective either dismiss or are simply not aware of the lies regularly promulgated by the Palestinian Authority that Israel plans to destroy the Al-Aqsa Mosque – a lie frequently cited by terrorists as their motive for trying to kill Israelis. They also disregard or are ignorant that Fatah’s supposed acceptance of Israel’s right to exist depends on which Fatah official is being asked and whether they’re addressing a domestic audience in Arabic or an international audience in English. Hamas officials are less two-faced; they make no bones about the fact that they want to exterminate all Jews. 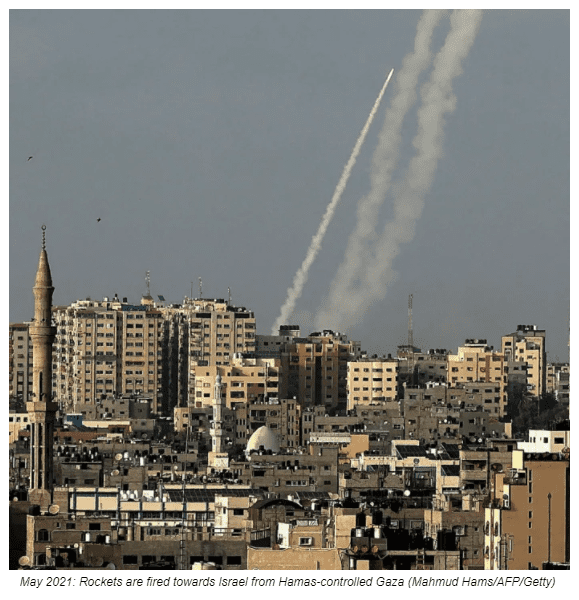 For starters, let us not forget that the main reason Israel has ever controlled any territory outside of the pre-1967 borders is that in the late May-June 1967 period, it was subject to unprovoked aggression or outright attack on every frontier with its neighbours with the exception of the Israel-Lebanese border. Indeed, as described in this link,  the term “Six Day War” is a rather misleading expression since the first acts of unprovoked aggression were by Egypt on May 22nd 1967, long before the interval of just under one week in early June that is normally taken to refer to the period of hostilities.

The “land for peace” paradigm is often raised and often discussed in the context of the Israel-Palestine question. The theory is that the more territory Israel cedes to the Palestinians and other Arab neighbours, the more it will have peace on its borders. However, this theory has been tried already and the results, from an Israeli point of view, are decidedly mixed. Indeed, it would be more accurate to describe it as “land for more insecurity”.

It worked in Sinai - sort of

The most successful instance of “land for peace” is undoubtedly the return of the Sinai Peninsula to Egypt following the Camp David accords in the late 1970s. There has been a number of attacks on southern Israel from Sinai but these are comparatively few. However, the Egyptian army is struggling to maintain control of the territory and there is ample evidence that the Egyptians have tacitly agreed to Israeli attacks on Islamist militants in Sinai. This would constitute a win-win situation for both Egypt and Israel and would explain the relative peace on the Israel-Sinai border.

In 1982, Israel invaded southern Lebanon in response to repeated attacks by PLO (Palestinian Liberation Organisation) factions on communities in northern Israel. The Israeli invasion did achieve the main aim of expelling PLO terrorists from Beirut and Israel had withdrawn from all Lebanese territory by the year 2000.

They always find some reason to attack Israel

However, in a sign that Israel’s enemies will always find some ploy for continuing the conflict, Hezbollah claimed that Israel was still occupying one small portion of Lebanese territory – namely the Sheba’a Farms strip, an area of approximately 27 square kilometres of land that had been ruled by Syria for decades.

The United Nations has concluded that there is no evidence of the area being Lebanese and that it is Syrian territory. Even the Syrian dictator, Bashar al-Assad – hardly a friend of Israel – rejected Hezbollah’s pretext for keeping the violence going. Nevertheless, Hezbollah insisted that Israel was still in occupation of Lebanese territory. Since then, there have been numerous attacks from Lebanon, resulting in a full-scale war in 2006. As recently as one month ago, Hezbollah militants were bombarding northern Israeli communities and many Israelis wonder if there was any point in ever ceding any territory to such an implacable foe.

It failed in Gaza

This brings us inevitably to Gaza. Prior to 1967, it had been administered by Egypt but Israel took control during the Six Day War in that year. On this day, September 12th 2005, the Ariel Sharon administration completed the final withdrawal of Israeli citizens and military personnel from Gaza returning control of the strip to Palestinians.

As an aside, it should be noted that American Jewish donors had purchased more than 3,000 greenhouses from the Israeli communities for US$14 million and transferred ownership of them to the Palestinian Authority, with the intention that they could be used to shore up the Gazan economy. However, within a few short hours of the departure of the Israelis, the greenhouses had been ransacked and destroyed by Palestinian mobs who looted every item of value – even the plastic sheeting. 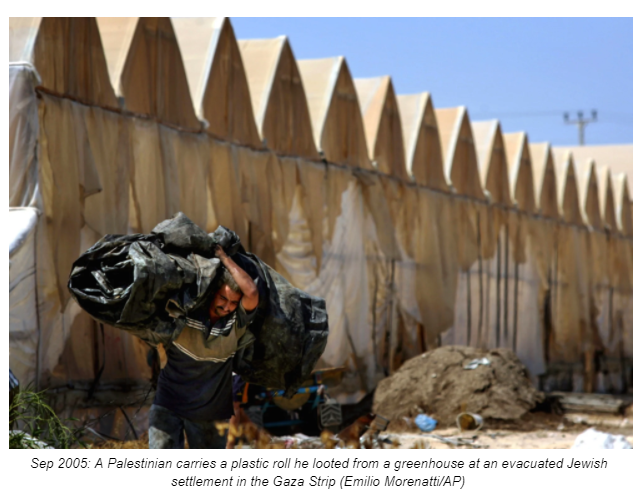 Within two years, Gaza was engulfed in a short but bloody civil war in which Hamas militants systematically butchered every one of their Palestinian “brothers” that they could find who were members of the rival Fatah faction. This handed Hamas total control of the territory and complete freedom to launch attacks on Israel, which it has totally exploited over the last decade and a half.

Since then, Hamas and other Gazan terrorist groups have launched thousands of missile attacks on Israel, resulting in dozens of deaths and almost 2,000 injuries.In the years following Israel’s withdrawal, there was a sharp increase in attacks with nearly 2400 attacks in 2008. This increase was only halted in late 2008/early 2009 by Operation Cast Lead. The trend is that there is a period of one or two quiet years following a decisive Israeli response, only for the militants to gradually up the ante again.

Meanwhile, in southern Israeli towns such as Sderot, there is always – at best – an uneasy calm. Residents speak of jumping at the smallest noise. Parents report children still wetting their beds or being too scared to sleep alone. Estimates of the levels of PTSD in children run from 40% to 75%. Every night as parents in southern Israel put their children to bed, there is always that fear that tonight might be the night when the Gazan militants try to rain down more hell on their communities. Once again, Israelis have cause to wonder if their lives and those of their families are more peaceful under this “land for peace” paradigm.

What of Judea and Samaria?

So, what of Judea and Samaria (also referred to as the West Bank) that Israel captured from Jordan in 1967? Would leaving the territories guarantee greater peace and security for Israel? Let’s leave aside the fact that in 2000 and again in 2008, the Israelis offered over 90% of the area with territorial compensation, only for the Palestinians to reject the offers on both occasions. Based on the examples cited above with regard to Lebanon and Gaza, there is very little reason to expect that such a concession would bring more peace and security for Israelis.

Support for Hamas is growing in Judea-Samaria and there is ample evidence that the militant group would be capable of seizing control of the Palestinian Authority-administered territories either through elections or by a short, brutal war such as the one that won them control of Gaza in 2007. Even more significantly, there is a lot of high ground that is ideally positioned for any militants who would like to rain down missiles on Jerusalem, Tel Aviv, Netanya, Rishon LeTzion and various other urban centres in Israel’s densely populated central belt.

Sixteen years ago today, Israel ended its presence in Gaza. The result has been far greater insecurity and fear for the small number of towns and villages in the sparsely populated southern districts of the country. At this point in time, Israelis simply cannot afford to take the same risk with millions of their citizens living a mere missile-strike away from the hills of Judea and Samaria.