Much attention has been focused in recent days on the irrational tweets and retweets of newly elected Sinn Féin TD, Réada Cronin.

In a variety of errr….contributions running up to as recently as December last year she alleged that fluoride in tap water made people docile, that the uncharismatic and unpopular UK Labour leader Jeremy Corbyn had lost his country’s recent election because of Mossad, and declared that she wouldn’t be surprised to hear that “loads of [Irish] judges are paedophiles”. 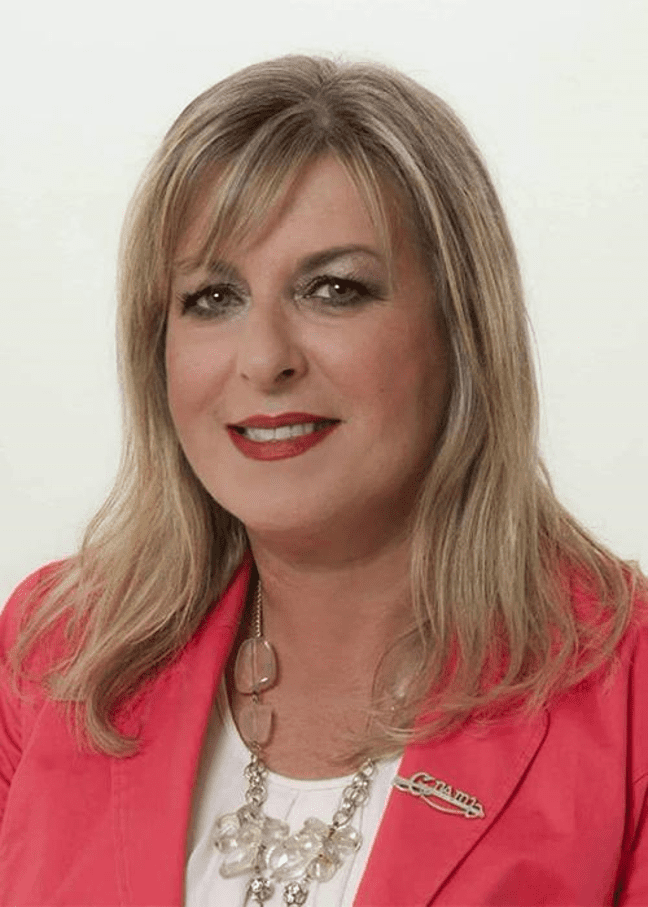 She also commented that Israel had taken Nazism to a new level and retweeted a tweet from another Twitter user which claimed that Hitler was just a pawn of the Jewish-founded Rothschild banks. The latter comment is just plain stupid. When Nazi Germany annexed Austria in 1938, they seized the Rothschild family’s assets as part of their “aryanisation” campaign. Far from being a pawn of theirs, Hitler was a bitter enemy of the Rothschilds, loathing them because they were Jewish.

With regard to the former tweet, it needs to firstly be pointed out that – having mainly given up on Holocaust denial – the Holocaust deniers now often fall back on Holocaust minimalisation. Implying that Nazi Germany wasn’t as bad as Israel is today is a classic way of playing down the crimes of the Nazis. Whilst it’s a sentiment often expressed on social media these days, the historical illiteracy of such a remark is startling. The Nazis systematically starved, murdered and sought to exterminate anyone who did not fit in with their world view, never mind just those who opposed them. Meanwhile, as Gazan missiles regularly rain down on Israeli villages, Israel keeps Gaza supplied with food, water and electricity. Is there any other country in the world that does this for a neighbouring territory while being subject to unprovoked acts of aggression from it?

Such remarks are also antisemitic – not because criticising Israel is de facto antisemitic (it’s not) – but because they belittle the suffering of the 6 million Jews murdered by the Nazis and the testimony of those who survived. It’s not for this writer to speculate whether Réada Cronin lacks the intelligence to see this and whether she was just parroting nonsense to garner some retweets. However, it has no place in the Irish parliament. 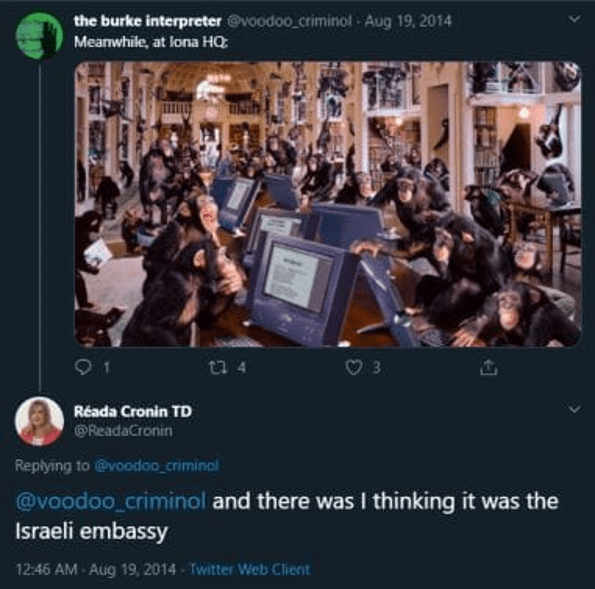 Somewhat less attention has been focused on another tweet in which – in response to an image of a large number of monkeys sitting in front of computer screens – she commented, “and (sic) there was I thinking it was the Israeli embassy”. It seemed an odd comment to make. Why would anyone draw parallels between Israelis and monkeys? However, it’s a familiar theme to anyone who follows political discourse in the Arab and Islamic world. Portraying Jews as monkeys (and apes and pigs) has been for a long time a common way of dehumanising them, thereby making their murder more acceptable. It’s widely used in the official Palestinian media.

So, a Sinn Féin TD has been using the exact same antisemitic imagery that extremist Palestinian spokespeople use. Can this be a coincidence? Given how unquestioningly and uncritically the Sinn Féiners accept the Palestinian narrative with regard to Israel, it’s certainly not unfair to ask the question.