The Senator And The Mystery Of The Chicken Farm

There is a certain type of Irish public figure who will literally believe anything bad they hear about Israel or Israelis. Anything. The examples are far too many to mention but one recent incident will be familiar to Ireland Israel Alliance readers. I’m referring to the tweet by Irish Times journalist Kitty Holland claiming that thousands of Israelis marched through the streets of Tel Aviv calling for the genocide of Arabs. It was utter nonsense and she did eventually (and quietly) delete the tweet but never admitted that it was nonsense. So thousands of her followers now believe that Israelis are campaigning for the mass slaughter of Arabs.

An even worse example occurred in July 2014 when Donegal independent TD Thomas Pringle posted a video on Facebook claiming to represent Jews beating a Palestinian child with the caption stating that this is “the reality of everyday life in Palestine”. In fact, everyone in the video was speaking Arabic and it showed Lebanese beating a Syrian child. There was no connection to Israel at all. As with Holland’s tweet, the post was eventually deleted but the damage had already been done. 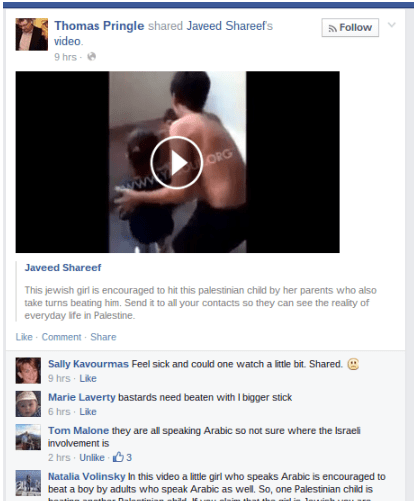 Step forward Senator Frances Black, she of the carefully crafted Occupied Territories Bill which was voted through by the Seanad last month – so carefully crafted that not even the Russian occupation of Crimea, the Turkish occupation of northern Cyprus or the Moroccan occupation of the Sahrawi Arab Republic are included. In a speech to the Seanad on July 11th last and in an Irish Times article on the same day, she claimed to have witnessed a “Palestinian community cut off from their water supply so that it could be diverted to an Israeli chicken farm”.

Subsequent attempts via social media to get her to provide further details as to the location of the community or the farm have proven utterly fruitless. Frances Black doesn’t seem to want to talk about them any more. 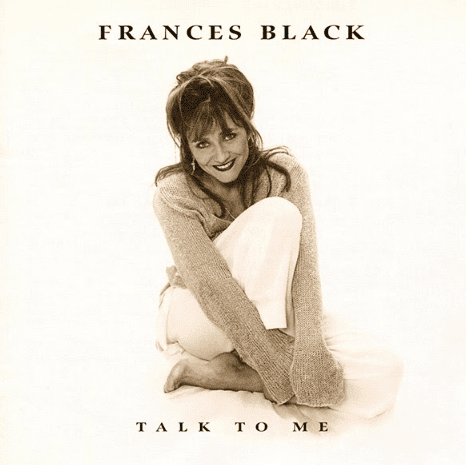 We’re trying but you’re not listening.

No-one is suggesting that there’s any wilful lying on Frances Black’s part. However, there’s a well documented phenomenon known as Pallywood, effectively media distortion and fake news by Palestinians to delegitimize the State of Israel, aimed at an audience of gullible westerners who will believe anything negative they see, hear or read about Israel.

Some of it seems to emanate from individuals (perhaps teenagers) who get a thrill from seeing their fake social media posts go viral. Others, such as the self-styled Palestinian Information Center present a more professional facade. However they attracted widespread ridicule recently for using a photo of Katherine Heigl from the television series “Grey’s Anatomy” in a post about a “French doctor” coming to the Gaza Strip. They’ve also been caught out using the same (clearly-staged) picture in a story about two alleged incidents that are dated as having occurred a year apart.

So, they’re letting their “standards” slip badly. However, with so many people around willing to swallow any anti-Israel propaganda, perhaps they feel they don’t even need to try any more. And they’re probably right.

Senator Frances Black might be more forthcoming via email. Please feel free to send her a POLITE query via the contacts page on her website or via her email-id which is frances.black@oireachtas.ie.