The Peace to Prosperity Plan

The long-awaited US Peace to Prosperity vision was finally unveiled at a press conference in the East Room of the White House on January 28, 2020. Israeli Prime Minister Benjamin Netanyahu was in attendance.

In his opening remarks, attended by several ambassadors from Arab nations such as Bahrain, Kuwait and the United Arab Emirates (UAE), U.S. President Donald Trump remarked that “Israel is a light unto the world. The hearts and history of our people are woven together. The Land of Israel is an ancient home, a sacred place of worship, and a solemn promise to the Jewish people that we will never again repeat history’s darkest hour.”

Trump also remarked that he was “saddened by the fate of the Palestinian people. They deserve a far better life. They deserve the chance to achieve their extraordinary potential. Palestinians have been trapped in a cycle of terrorism, poverty, and violence, exploited by those seeking to use them as pawns to advance terrorism and extremism.”

While they were not present, both Saudi Arabia and Egypt gave their approval for the plans, together with the UK, Israel, Kuwait and UAE. Not surprisingly, Turkey, Iran and Yemen have rejected the deal, along with Jordan. Unfortunately, the Palestinians rejected the deal before it was even announced.

Palestinian Authority President Mahmoud Abbas, in an address to senior Palestinian leaders including representatives from the Hamas and Islamic Jihad terrorist groups in Ramallah, said: “We say a thousand times: No, no and no to the ‘deal of the century.’” Referring to it as the ‘slap of the century’ he said “If God wills, we will strike them back with slaps.” 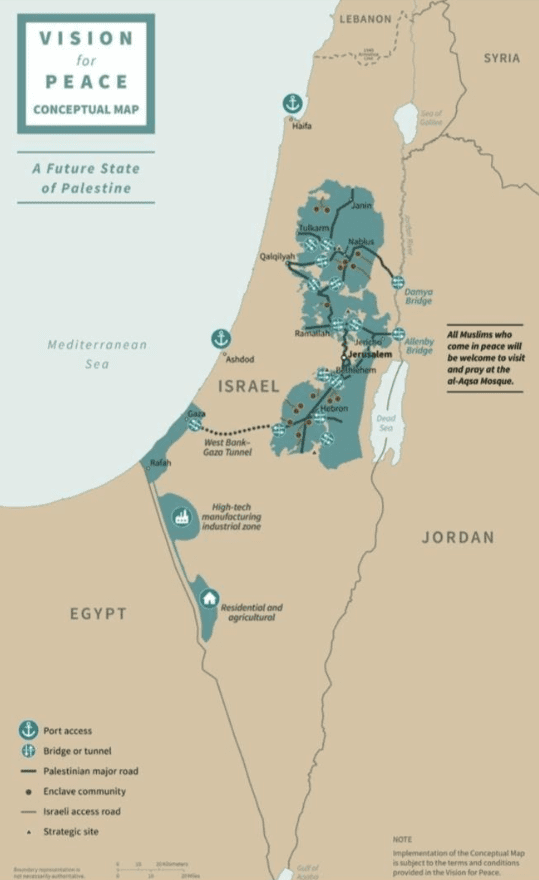 Surprisingly, Irish Foreign Affairs Minister Simon Coveney, admitting he had not yet read the lengthy peace initiative, released a critical statement . The reality is quite astonishing given Coveney’s statement is less considered than that of Saudi Arabia or Egypt. 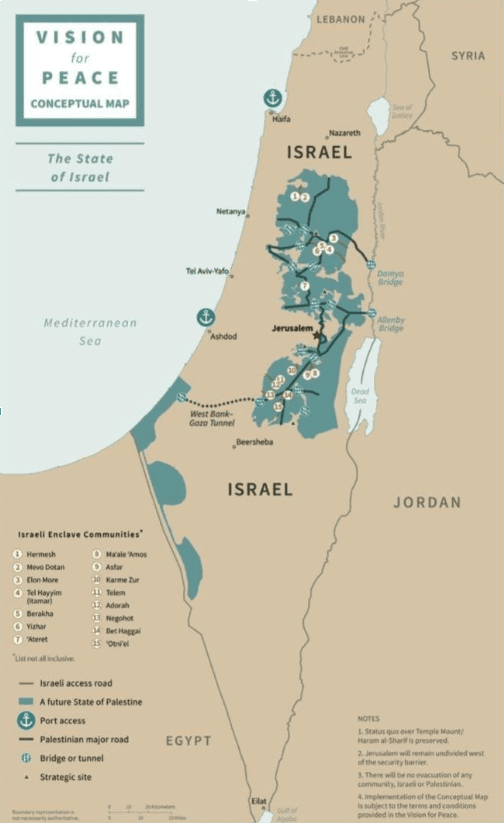 Some of the main points addressed at the press conference are as follows:

Based on the above, the Ireland Israel Alliance welcomes the “Peace to Prosperity” Plan and we wish it every success.