The Palestinian Case Against BDS

Whereas the movement's spokespeople live in comfortable circumstances abroad, boycotts will result in increased economic hardships for actual Palestinians.

Everyone appears to have an opinion on the Israeli-Palestinian conflict. As I learned on a recent trip, South Africans especially display an interest in solving the problem, even more, or so it seems to me, than the Israelis and Palestinians themselves. And others far away point to the South African history of apartheid as a warning to Israel about its occupation or alleged discrimination against Palestinians.

Unfortunately, almost all of those so ostensibly dedicated to finding a solution have their own agendas, and these may not be to the advantage of either Palestinians or Israelis. A prime case in point is the boycott, divestment, and sanctions (BDS) movement. As a Palestinian dedicated to working for peace and reconciliation between my people and our Israeli neighbors, I do not believe that the BDS advocates are helping our cause. On the contrary, they are just creating more hatred, enmity, and polarization. 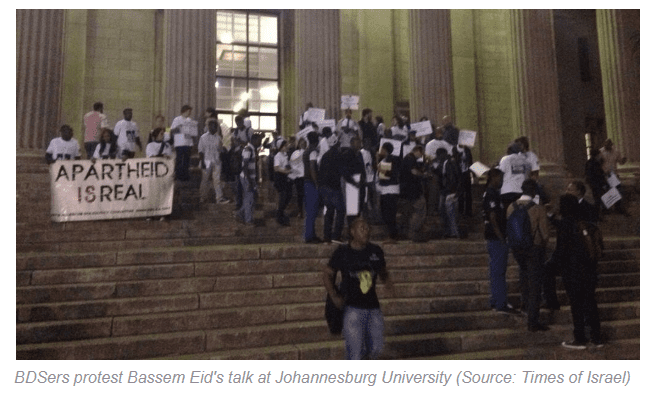 Recently, I was asked to talk at the University of Johannesburg. I criticized Israel for its settlements in the occupied West Bank, and the Palestinian Authority (PA) for its lack of leadership in helping the Palestinians, and then began to speak about the BDS movement. At this point, my talk was disrupted by students wearing BDS and other radical T-shirts. They interrupted me and did not allow me to continue speaking, and in the end the event had to be abandoned. As a campaigner for peace and a human rights activist, I am used to hostile reactions from those who disagree with my standpoint. However, even in my own country, I have never witnessed the kind of raw hatred and sheer unreasoning aggression that confronted me on this occasion.

There is no connection between the tactics and objectives of the BDS movement and the on-the-ground realities of the Middle East. Israelis continue to come to the West Bank to do business, and most Palestinians continue to buy Israeli goods. Indeed, if you ask Palestinians what they want, they’ll tell you they want jobs, secure education, and health. And the people who are failing them in this regard are their own leaders: Fatah in the West Bank, and Hamas in Gaza. The focus of PA leaders is on enriching themselves and their families, rather than serving the interests of the Palestinians. They are not a generation of leaders who are able to bring about a viable end to the conflict. Indeed, they are not even interested in uplifting their own people. Unfortunately, there is no immediate alternative to PA president Mahmoud Abbas, who finds continuous excuses not to hold elections.

As for Hamas leaders in the Gaza Strip, it was they who provoked last year’s destructive war with Israel to gain support among their own people. They then cynically used their own population as human shields during the fighting to generate sympathy for their cause when innocent lives were inevitably lost. As in the past, Hamas will inevitably try to use some of the money it receives from international donors to reconstruct the terrorist tunnels and replenish its missile arsenal. There is no hope in the near future to solve this mess — except perhaps among the ordinary people of Gaza, who may compel Hamas to hold its fire against Israel.

For the time being, the Israeli-Palestinian conflict is in any case receiving less international attention than before. Rather, the focus at the moment is on the Islamic State of Iraq and al-Sham. This is indeed a more urgent threat to the region and beyond. It is most dangerous to Muslims themselves, as it challenges the authentic message of Islam. Many Muslims feel let down by their own leaders and want to take revenge on them. The so-called Islamic State provides the worst extremists among them with the pretext to do this.

The Palestinians are tired of the peace process. Both sides have learned to manage the conflict, rather than solve it. That is why there is only one way to bring about peace between Israelis and Palestinians, and that is for both sides to have sufficient goodwill to negotiate their own peace deal. It cannot be imposed by outside diplomatic or economic pressure.

BDS spokespeople justify calling for boycotts that will result in increased economic hardships for the Palestinians by asserting that Palestinians are willing to suffer such deprivations in order to achieve their freedom. It goes without saying that they themselves live in comfortable circumstances elsewhere in the world and will not suffer any such hardship. It would seem, in fact, that the BDS movement in its determination to oppose Israel is prepared to fight to the last drop of Palestinian blood. As a Palestinian who actually lives in east Jerusalem and hopes to build a better life for his family and his community, this is the kind of “pro-Palestinian activism” we could well do without. For our own sake, we need to reconcile with our Israeli neighbors, not reject and revile them. 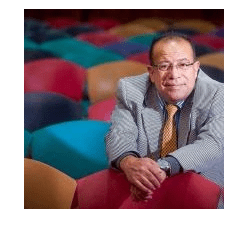