A scenario for summer 2020. I am on holiday in Jerusalem, capital of Israel. I take a walk in the narrow streets of the Old City, the core of the 3,000-year-old city. I am looking for gifts to take home to loved ones, as I have done on previous trips. At a souk in the Muslim Quarter, I purchase an elegant silk scarf. A bit further on, I stroll along the Cardo in the Jewish Quarter. At an artisan shop there, I come away with a beautiful piece of jewellery.

Then I remember: the Control of Economic Activities (Occupied Territories) Bill has become law at home. I have just committed a crime under Irish law, a crime making me liable to a fine of up to €250,000 or up to five years’ imprisonment. My purchase at the Arab souk was perfectly legal, but that at the Jewish shop was a crime. 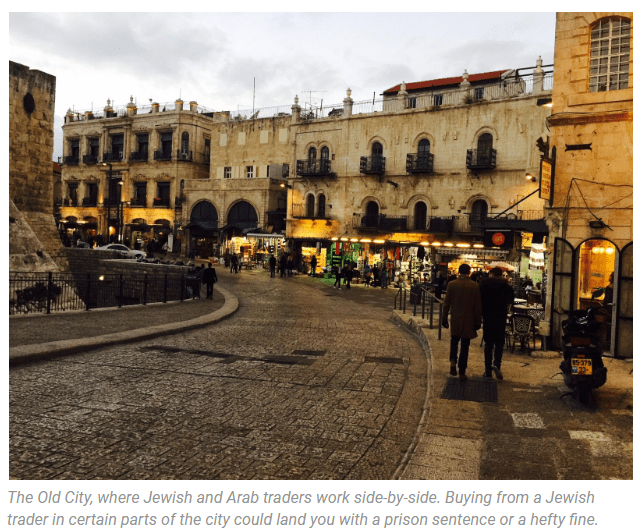 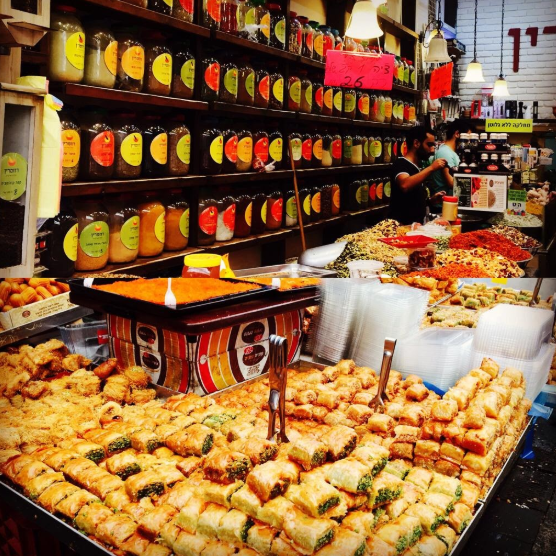 Why? Because, according to certain UN resolutions, the Old City of Jerusalem is defined as “occupied territory” and the Jewish artisan is an “illegal settler” who should not be there. This – in the midst of the ancient capital, the focus of Jewish spiritual yearning for 2,000 years, the location of a Jewish majority since 1863, from where the Jewish population was driven out by Arab forces in 1948, their synagogues and cemeteries destroyed, their access to pray at their most sacred spot, the Western Wall, forbidden until 1967!

Niall Collins TD, who wrote in support of the Bill in the Journal.ie a few days ago, claims that Jewish settlements in Judea-Samaria (the “West Bank”) are “unambiguously illegal” and a “flagrant violation of international law”. He seems to believe that UN resolutions constitute international law. Not true. UN resolutions simply reflect the strength of different multi-nation voting blocs at the General Assembly. It is always easy to get up an anti-Israel majority there, given the size of the 57-state Islamic bloc and its allies.

The absurdity of making this the basis of legality is obvious if we consider that in the years 2012-2015, of the 97 condemnatory resolutions passed at the General Assembly, 83 were against democratic Israel, the rest dealing with all other countries combined (last year, it was 21/27). On this reckoning, 86 per cent of the world’s evil resides in this tiny area the size of Leinster. 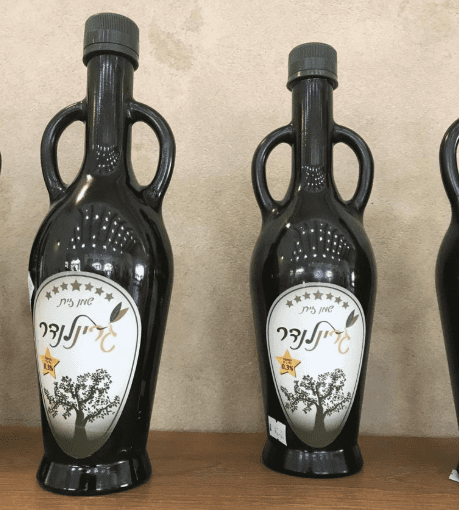 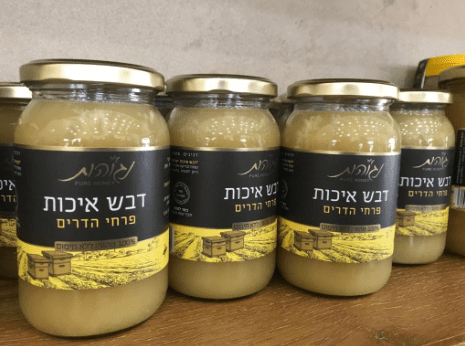 Honey, olive oil and other produce from the ancient Jewish town of Susya in the area of Judea and Samaria (West Bank).
Buying this produce could land you with a fine of €250,000 or a 5 year jail term.

In real international law, the right of Jewish people to live in the West Bank is embodied in the San Remo Treaty of 1920 and the League of Nations Mandate of 1922, which called for “close settlement” of Jewish people in all the area between the river and the sea. (The Arab people were meantime being provided with four states in the other 96 per cent of the ex-Ottoman lands). That right became part of Article 80 of the UN Charter (1945) and has never been revoked.

If the Jewish communities really took up 42 per cent of West Bank land as Mr. Collins asserts, a case could be made that they are an obstacle to the formation of a future Palestinian Arab state. But the figure is a lie. By any fair measure, those communities actually occupy under 2 per cent of the area, and are almost all located in Area C, which under the Oslo Agreements of the 1990s remains under direct Israeli control. In the other parts of the West Bank, 96 per cent of Palestinians enjoy autonomy under the government of the Palestinian Authority, set up under Oslo, and rarely see an Israeli soldier. (The last election held there was 13 years ago, but that is another story).

Leaving law and geography aside, Mr. Collins seems to know even less of recent history. He writes of “the fifty-year Israeli occupation of Palestine” as if the Israelis had marched in to take over a sovereign state, overthrow its government and usurp its authority. In reality, there never was a state, nor any kind of sovereign entity, known as “Palestine”.

Certainly, there could have been such a state, for the first time, after 1947 when the UN General Assembly voted to divide the former Palestine Mandate territory into roughly equal-sized Jewish and Arab states. It didn’t happen, because five Arab states, determined to prevent the birth of a Jewish state, sent their armies to invade, launching a bloody war that killed one per cent of Israel’s population. There have been several more chances since then to bring about such a state, but every offer has been rejected by Palestinian leaders keener to continue the conflict.

In his branding of the “occupation” and the “settlements” as the chief obstacles to peace, Niall Collins seems unaware of the violence that attended the birth of Israel and the years of terror attacks afterwards, never mind such horrors as the massacre of the 1,000-year-old Jewish community in Hebron in 1929, long before a state of Israel even existed.

Then there is the fact that the Palestinian terrorist groups, chiefly Fatah and Hamas, swear that even if Israel withdrew from the occupied territories, they would continue their fight, since they refuse to accept Israel’s right to exist. So Jews building granny flats (“expansion of settlements”) are really the obstacle to peace?

In talking so freely about a two-state solution and self-determination for the Palestinians, Mr. Collins completely ignores the fact that there is zero chance of the West Bank and Gaza being united under a single Palestinian government. Hamas and Fatah are bitter enemies; Mahmoud Abbas dare not set foot in Gaza for fear of his life.

Above all, in calling so simplistically for a withdrawal from Judea-Samaria, he is asking the people of Israel to do what Albert Einstein called the definition of insanity: ‘doing the same thing over and over and expecting different results’. He wants them to repeat something they did once, with disastrous results. What’s more, if they won’t do it voluntarily, he wants to force them to do it.

Back in 2005, they evacuated their army and all Jewish settlers from the Gaza Strip, leaving $14 million worth of greenhouses behind as a sweetener to get a fruit-growing industry off the ground. The result? Straightaway, the Islamist terror group Hamas took power and turned Gaza into a launch pad for over 15,000 rockets (to date) fired against Israel’s southern border communities.

But next time will be different, says Mr. Collins. If Israel ends its occupation of Judea-Samaria and evacuates the Jewish people who live there, the likely result will be, not rockets pouring down on the central cities and Ben Gurion International Airport, but peace – yes, peace, because, claims Mr. Collins, it is the Jewish homes there that are “a major obstacle to peace”.

If Niall Collins thinks that Hamas-Fatah antagonisms provide a foundation for a Palestinian state, he is seriously misled. If he thinks that his support for this Occupied Territories Bill gives him any credibility with the Israeli people as an “honest broker”, he is deluded. And if he thinks that this Bill will pressure that people into a suicidal move that would turn the West Bank into Gaza on steroids, he is really, to use an Irish phrase, “away with the fairies”.