Whenever refugees are mentioned in the context of the Israel-Palestine issue, the vast majority of people assume that Palestinians and only Palestinians are being referred to. However, across North Africa and the Middle East, between the 1940s and the 1960s, significantly more Jews were displaced than Palestinians. Estimates put the number at roughly 850,000 Jews who were either expelled or were forced to leave by discrimination, harassment, violence, seizure of businesses and revocation of citizenship – a larger number than the 700,000 Palestinians who became refugees in 1948. 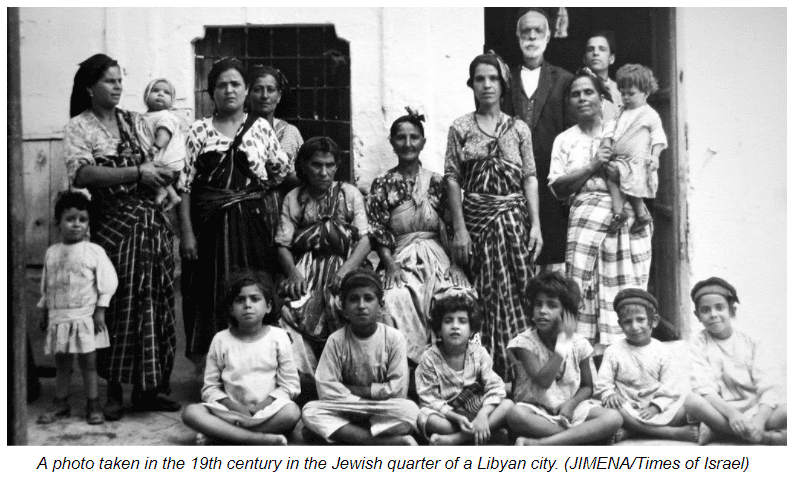 It is extraordinary how even today, this issue is discussed so rarely and so little is known about it because it is crucial in understanding the entire Israel-Palestine question. Take the example of United Nations Resolution 242, drawn up after the Six Day War in 1967 in which Israel defeated three Arab neighbours after they attacked the Jewish State.

Not so. No less a personage than Arthur Goldberg, the United States ambassador to the United Nations at the time has clarified his belief that the term “refugees” refers to both Arab and Jewish refugees. It’s notable that US President Jimmy Carter also confirmed this understanding when he spoke at Camp David in 1978, stating that the reference to the “refugee problem” also covered Jewish refugees from Arab countries.

Since 2014, November 30th has been marked as the Day to Mark the Departure and Expulsion of Jews from the Arab Countries and Iran. Nobody denies that the Palestinian refugee issue needs to be addressed but to focus on it to the complete exclusion of the tragedy of the Jewish refugees is just one more example of how the international community continues to ignore and dismiss Israel’s side of the story.