The campaign to elect a new Irish president has been a dull affair so far with the incumbent – Michael D. Higgins – so far ahead in the polls that bookies have him 33/1 on to win. If any candidate has threatened to heat up the campaign, it’s Peter Casey, a businessman originally from Derry who spends much of his time in the USA and was named by Irish America Magazine as one of the leading Irish-American entrepreneurs in 2007. He has stoked major controversy with his comments on Travellers and references to Taoiseach Leo Varadkar’s ethnic background. However, he had already attracted attention over remarks made about Jewish influence in the White House in an unpublished interview with the Sunday Business Post four years ago. 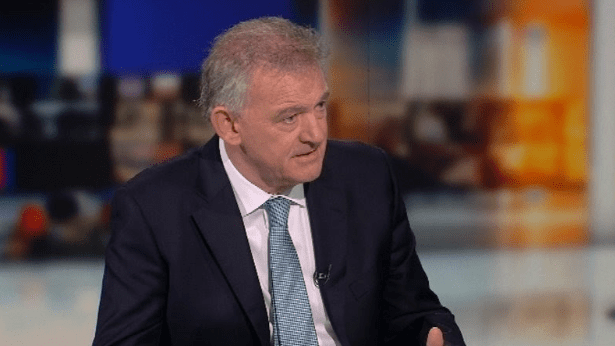 He has subsequently tried to frame the comments in a more positive light and – in fairness – has spoken about how Ireland could learn from Israel’s engagement with its Jewish diaspora but bringing up the old trope about Jews having excessive influence is always going to leave a bad taste. However, the bad taste is alleviated slightly with a tinge of irony. If there’s one community that seems to dominate US politics, it’s the Irish-Americans.

Not only is it hard to know where to begin – it would also be hard to know where to end. However, from Paul Ryan to Mike Pence, from the late John McCain to Joe Biden, from Justice Anthony Kennedy to his successor Brett Kavanaugh, Irish-Americans are exceptionally well represented in the upper echelons of US society.

With specific regard to the White House, Irish Americans have recently featured very prominently in high-ranking roles. John F Kelly is the White House Chief of Staff while Kellyanne Conway is one of President Trump’s main counselors. Others who served for a time in the Trump administration are Seán Spicer (Trump’s first Press Secretary), Mike Flynn (Trump’s first  National Security Advisor) and Steve Bannon (former chief strategist). At one point in the White House of Donald Trump, the only major figure who was not of Irish-American extraction was Donald Trump himself!

Few societies are more meritocratic than the USA and over the centuries, it has allowed communities from across the world to come, contribute and rise up the socioeconomic ladder with each generation. So, if Americans of Irish or Jewish heritage are punching above their weight, that shouldn’t be viewed as something negative. It’s notable that some people grumble about the latter but not the former. And if Peter Casey still thinks that Jews “basically” live in the White House, we can only recommend him some irony supplements.