Our First Israel Delegation is Upon Us

As we will very soon enter the Jewish high holiday season (Rosh Hashanah), please let us take this opportunity to wish all our Jewish supporters a very Good and Sweet New Year. We would also like to let you know of some of our new and exciting developments as we head into what is sure to be a very hectic season. This coming Saturday, 21st September, the Ireland Israel Alliance will take its first delegation to Israel. A very mixed group in terms of ages and backgrounds, we start our journey of learning and discovery by visiting the major religious and cultural sites of Jerusalem, as well as Yad Vashem and the Knesset. We will then head into the Jordan Valley to meet experts and leaders who are involved with counteracting the Boycott, Divestment and Sanctions (BDS) Movement. Included in the itinerary are visits to Moshavs and farms, where we will meet some of the many thousands of Palestinians who live and work peacefully side-by-side with Israelis. 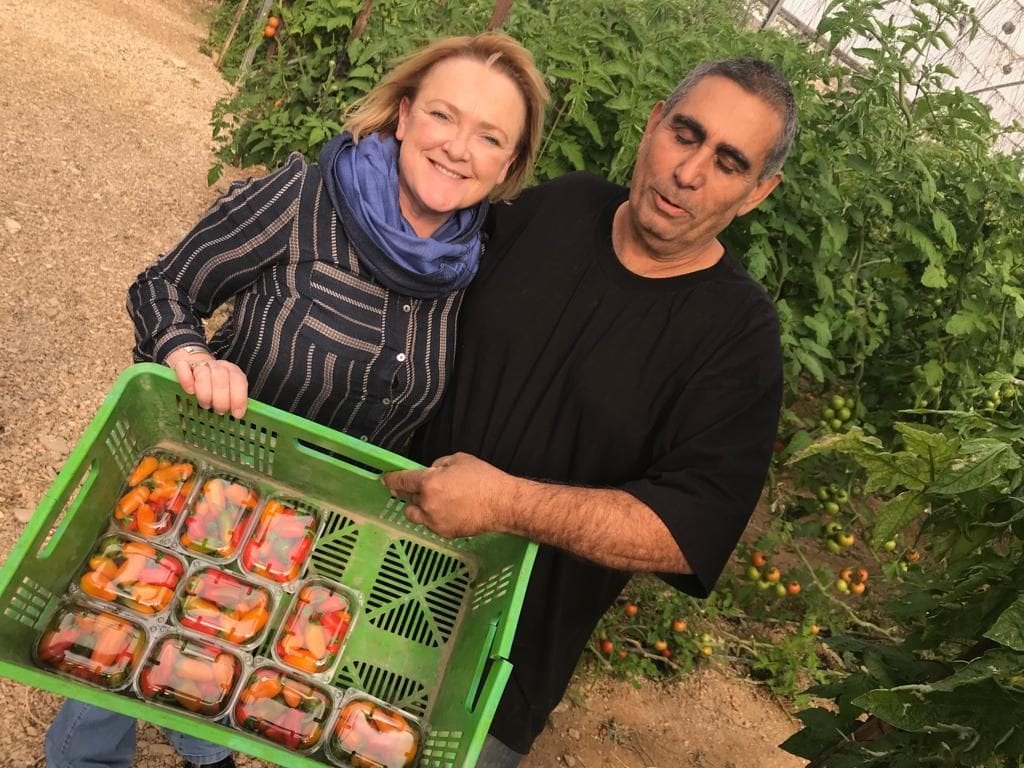 The trip has been in the planning stages since last November and so it is purely by coincidence that we will be visiting at a time when the Jordan Valley is very much in the news.
We will also visit Capernaum (The Town of Jesus) and Nazareth, where we will meet Arab Israelis and hear about Jewish and Arab cooperation. We also plan to visit Ariel University and the Barkan industrial zone in the Northern West Bank (Samaria). Within the Barkan industrial zone are some 164 factories employing about 7,200 workers of whom 4,000 are Palestinians.
It will be a wonderful opportunity for our delegates to see and experience first-hand, many of the topics the Ireland Israel Alliance presented in its ‘Written Submission to the Oireachtas Joint Committee on Foreign Affairs, Trade and Defence’ regarding the Control of Economic Activity (Occupied Territories) Bill, in May of this year.
Other highlights include the Golan Heights, Tel Aviv’s ‘Start Up Nation’, along with the Arab neighbourhood of Jaffa.
Our intensive journey will be documented on Facebook, Twitter, Instagram and YouTube, so please make sure you’re following us. But don’t worry, if you’re not on social media,  we will also be updating you here and on our website www.irelandisrael.ie.
To help the Ireland Israel Alliance move on to the next level and to reach out to a broader audience, we are launching a brand new website, which we hope will be ready for Rosh Hashanah, which begins this year on 29th September. The new website will be much more interactive, will be updated regularly  and will have much more good content, including videos, photos and details of our Campaigns.
We will be asking our supporters to sign up to our new Membership scheme.  We believe the Membership scheme is a win-win situation for everybody. Some of the benefits to supporters is that Membership will enable you to receive priority booking for our events and to receive discounts. Members will also receive an exclusive bi-monthly newsletter.
The main benefit to the Ireland Israel Alliance is that we will be better able to identify who are supporters are and where they are located throughout Ireland and overseas, as regional meetings are currently being planned, initially in Limerick and Cork, as we believe there is a solid base of support in both areas.
Some of you have been asking if there is any news on the “Occupied Territories” Bill.  The Control of Economic Activity (Occupied Territories) 2018 Bill, to give it its full name, has of course continued to loom large over the course of the year, passing all five stages in the Seanad in December and its second reading in Dáil Éireann on 24th January.
As many of you will know, we received an invitation from the Joint Committee on Foreign Affairs, Trade and Defence to provide a detailed written submission, prior to the Bill receiving ‘detailed scrutiny’ by the Committee.
Our submission addressed matters such as the wider EU and international context, the likely financial costs of implementing the Bill’s proposals, the likely overall fiscal impact on the exchequer, and whether the Bill would penalise Christian pilgrims to the Holy City of Jerusalem contrary to Article 44(2) of the Irish Constitution.
We also presented a detailed argument showing how the Bill would not promote peace or help Palestinians. On the contrary, we argued that any impact would be detrimental to Palestinians in terms of jobs provided by Israeli businesses in the West Bank, hinder the creation of a viable Palestinian state and undermine prospects for peaceful coexistence.
We expect the Committee to produce a concluding report shortly and will update you as soon as we have any more news.

Meanwhile, don’t forget to follow us on social media as we head to Israel this coming Saturday, for what should be a fascinating and very rewarding trip!