Israel As A “Jewish Nation State” Is Not A New Concept

In response to The Irish Times View on Israel’s Nation State Law, the Ireland Israel Alliance would like to provide a counterbalanced opinion.

Israel’s new Basic State Law has come under considerable condemnation over the past week, but unjustifiably so. The legislation is made up of mostly symbolic declarations that reaffirm the symbolism and meaning of the Jewish State, as it has been recognised, known and understood since its foundation 70 years ago. 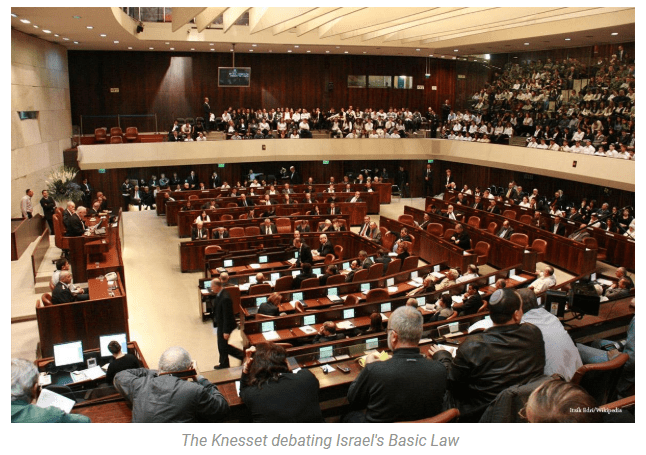 Israel as a “Jewish Nation State” is therefore not a new concept. However, as the State of Israel has no written constitution, it has enacted a series of Basic Laws which will presumably form the basis of a future Constitution.

There is no reason whatsoever to assume the balance between nationality and democratic citizenship will be substantially altered for the worse for Israel’s twenty per cent Arab population. Israel’s Arabs, as well as its minority Druze population, already enjoy full democratic rights within the State of Israel. Nothing in this law takes away any individual rights of any Israeli citizen, nor does it create individual privileges.

If anything, the Nation State Law is simply reaffirming key concepts and bringing about the correct balance of “Jewish” and “democratic”; concepts which have made the State of Israel work very successfully for all its citizens – Jews, Arabs, Druze and other minorities since its foundation.

There is similarly nothing new in the law’s determination that “Jerusalem, complete and united, is the capital of Israel.” Crucially, the law does not define Jerusalem’s municipal boundaries, leaving open the possibility that a future Palestinian State would encompass major Arab neighbourhoods such as Jabel Mukkaber, Isawiyyeh and Silwan.

There is much fear-mongering around the issue of Israel viewing “the development of Jewish settlement as a national value and will act to encourage and promote its establishment and consolidation.” The term “settlement” in today’s climate is loaded with negative connotations, but to the Israeli ear, Jewish settlement has more to do with populating the Negev Desert in Israel’s south and the Upper Galilee in Israel’s north, than to visions of building Jewish villages in the West Bank; there is nothing within the Basic Law that even hints at the West Bank.

That Israel’s Nation State Law was passed by a right-wing government is a fact, but it must be remembered that this law has been in the offing for about fifteen years, at a time when two other Basic Laws were passed: Human Dignity & Liberty and Freedom of Employment. These two laws established core rights of Israeli citizens, Jewish or otherwise. Israel, as both a Jewish State and a liberal democracy believes basic freedoms must be protected for all.

Rather than an arrogant gesture, the Nation State Law is a necessary measure in anticipation of a two-state solution. Moreover, the condemnation proves why Israel needs this law.