In recent years, human rights NGO Betzalmo has led a struggle against the leader of the BDS movement Omar Barghouti.
Omar Barghouti is a native of Qatar who grew up in Egypt and married an Israeli Arab in Israel. Following his marriage, he received permanent residency status and his registered address is in the Israeli city of Acre. At the same time, a Home Office investigation shows that his center of life is in Ramallah where the BDS movement’s office he established is located. 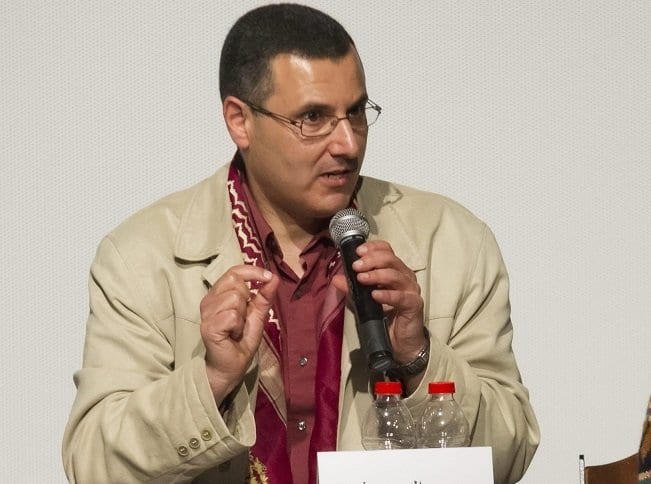 Omar Barghouti: a resident of Israel whilst simultaneously boycotting it

In 2005, he founded the anti-Israel Boycott, Divestment and Sanctions (BDS) Movement, which comprises hundreds of organizations and branches around the world, including Israel.
In recent years, there have been a number of attempts to revoke his residency on the grounds that those who call for a boycott of a state may not enjoy it. Indeed, as early as 2016, MK Nava Boker contacted the Minister of Interior on the matter and so did Beztalmo.
Minister Deri then announced that he would act to revoke his residency. However, the Attorney General had prevented the move by claiming that at the time, there was no law that authorizes the minister to revoke citizenship or residency status. In 2018, a law was passed by MK Yoav Kish and MK Amir Ohana (the current Justice Minister), enabling the Minister of Interior with approval of the Minister of Justice to revoke citizenship or residency without the AG’s approval.
Despite the law, in the past year, the matter was on the AG’s table who passed on the hot potato to Deputy AG Ms. Dina Zilber.
Two months ago, MK Keti Shitrit addressed the Deputy AG and demanded that she revoke Mr Barghouti’s residency.
In her letter, a Shiite MK clarified that the State of Israel may not require countries to prevent Mr Barghouti’s entry into their territory and prevent the intensification of the boycott events while supporting the boycott movement itself.
Indeed, in a letter obtained by Beztalmo, the Deputy AG stated that the Interior Minister is authorized to revoke Mr Barghouti’s residency if he determines that his actions are in violation of the Treason Act.
The Treason Act states that anyone who violates state sovereignty or attempts to transfer parts of its territory is in violation of this Act. Undoubtedly that the founding a global anti-Israel boycott movement falls under this section.
MK Keti Shitrit responded: “I applaud the decision by AG and Deputy AG that the Minister of the Interior is authorized to revoke residency status from Mr. Barghouti who compromises the security of the state and its citizens, and urge him to immediately revoke Mr. Barghouti residency permit. The State of Israel will not turn the other cheek to those who strike it and advance boycotts against it harming state security.”
Betzalmo responded: “Boycotters will be boycotted. After denying state funding and the right to national service personnel from BDS organizations Amnesty International and Social TV, we are now working to revoke BDS leaders’ residency.
Every boycotter must know that the State of Israel will fight against him and offer him no help.
Today, we call upon the Minister of the Interior today to summon Mr. Barghouti for an immediate hearing followed by cancellation of his residency status.